In craps, reducing the house edge as much as possible is one of the best ways to increase your odds. Craps’ house edge can bite players for up to 16.9% on some bets, which can amount to a big loss for high-stakes players.

In the beginning, the pass line bet is the best bet to remember. All craps games start with this bet, and it has one of the lowest house edges at 1.41%, with one of the highest odds of winning. Craps players can place this bet with payout odds of 1 to 1, making it one of the best bets on the table. Don’t pass bets have a smaller house edge (1.36%) because 7 has a statistically higher odds of landing than 2 or 3, but the odds of winning this bet are lower. 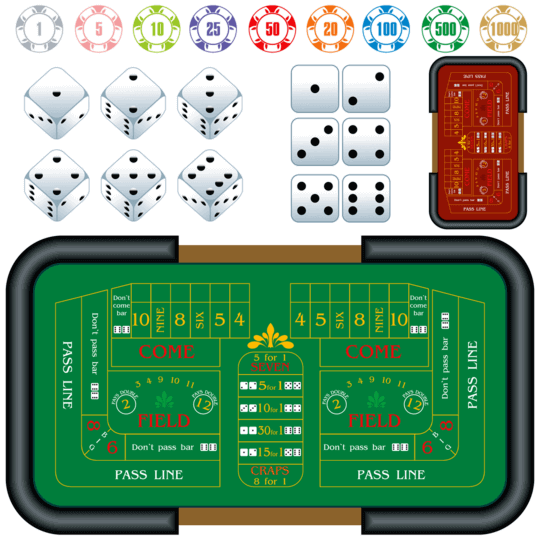 Craps utilizes two dice that have six sides each. This means there are a total of 36 possible rolls. Because some numbers have more combinations on the dice roll, they have a statistically higher chance of landing. As an example, a seven can be rolled six ways:

In some cases, it may appear that some combination of numbers is listed twice, but this is only the number that appeared on another die.

The players can use this information to determine the worst wagers in craps as those with the highest house edge and probability of not landing. There is usually a smaller chance of landing these bets in craps, but the payout odds are the highest. In the case of ‘snake eyes’ (two 1’s), the payout odds are 30:1, but the chances are only 1 in 36, which means the house edge is 13.9%. This means that even if the shooter won this bet, the player would lose some of their winnings to the house edge.